Episode 2 | Stepping Into Purpose After Pain with Anita Morris 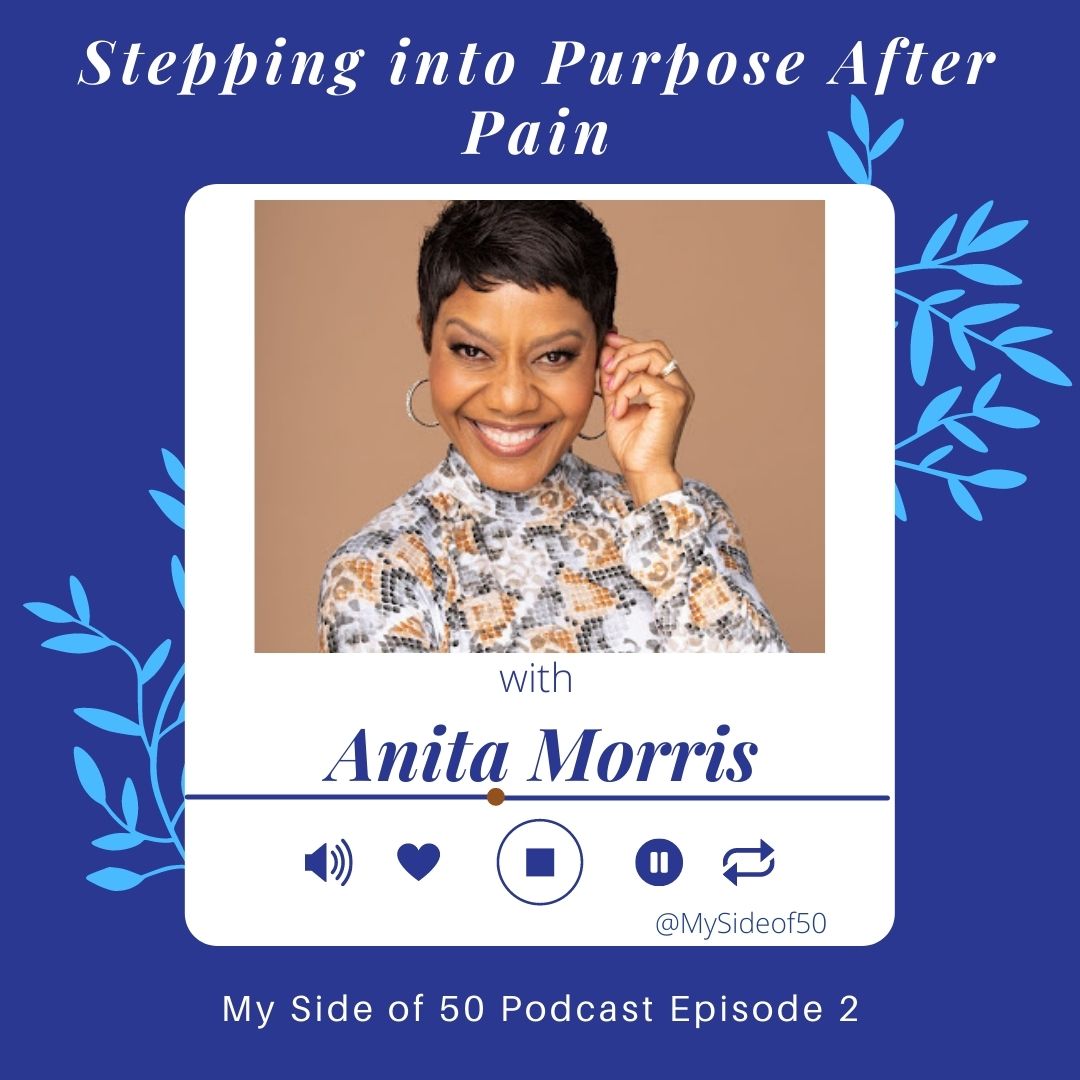 Anita Morris s the founder of the popular DIY Fashion Brand Anita by Design where she teaches women all over the world the basics of sewing their own clothes.

She’s also a speaker and best-selling author of Step Into It, Overcoming Life Trials that Lead to Purpose.

While Anita is so proud of her many accomplishments, she will tell you that they have come at a cost.

Her husband, Cecil had an affair.

When Anita found out, she was devastated. Angry. Felt certain she was headed for divorce.

But by God’s grace, their marriage weathered the storm and recovered.

When Cecil retired, they were reaping the rewards of a long, committed marriage.

Doing all the things they had dreamed of for this season of life.

Then came a devastating diagnosis.

Anita did not know how she would recover.

She cried out to God.

Anita cried out to God and heard these four words:

Anita’s next assignment from God was to write the book, Step Into It, Overcoming Life’s Trials that Lead to Purpose.

It’s for women who need the reminder that God is still in control no matter what they are going through.

Her message is to take whatever it is that God has allowed in your life and step into the purpose for which he has created you.

Instead of asking. “What is my purpose?” your question should be, “What is God’s purpose for His Kingdom?”

Anita’s purpose is to “walk in obedience to the call using the gifts and talents he has given me.”

Episode 6 | The Midlife Pivot with...

Episode 3 | Getting Unstuck in the...